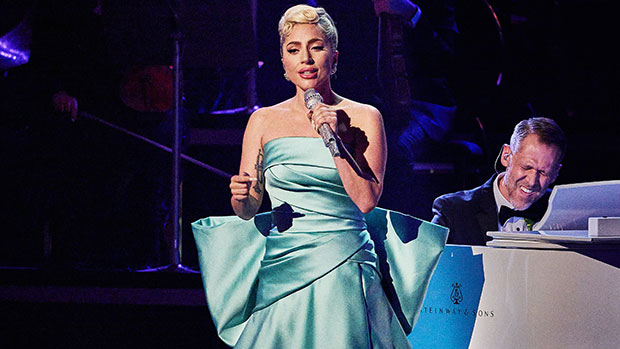 Lady Gaga took fans to the danger zone and back on Friday (May 6) with the release of “Hold My Hand,” the song that she wrote for Top Gun: Maverick, the long-awaited sequel to the 1986 film, Top Gun. Days after Gaga, 36, released the new anthem, she decided she still had a need — a need for speed — and delivered a music video for the track. It’s just what fans expected. There was drama, sex appeal, and emotional scenes from the movie. If you aren’t feeling the need to speed to the theatres when the film arrives on May 27, there’s not much we can do for you.

Gaga first announced her song for the soundtrack on Apr. 27. “When I wrote this song for Top Gun: Maverick, I didn’t even realize the multiple layers it spanned across the film’s heart, my own psyche, and the nature of the world we’ve been living in,” she captioned a shot of her with her arms outstretched as she leaned against a plane. “I’ve been working on it for years, perfecting it, trying to make it ours. I wanted to make music into a song where we share our deep need to both be understood and try to understand each other—a longing to be close when we feel so far away and an ability to celebrate life’s heroes.”

Much like how Top Gun: Maverick is facing the pressures of living up to the original film, Gaga’s single has to follow in the footsteps of the first Top Gun soundtrack. The 1986 soundtrack featured Kenny Loggins’ “Danger Zone,” Berlin’s “Take My Breath Away,” Cheap Trick’s “Mighty Wings,” and Loverboy’s “Heaven In Your Eyes.” Berlin’s “Take My Breath Away” went on to win the Academy Award and Golden Globe for Best Original Song for a film, while the other tracks became staples of the 1980s.

Out tomorrow at 12pm ET. https://t.co/rAnpueMzUe

“Holy My Hand” marks Lady Gaga’s first new solo music since 2020’s Chromatica, the album best known for “Stupid Love,” “911,” and her collaborations with Ariana Grande (“Rain on Me”) and BLACKPINK (“Sour Candy”). Though the album received mostly positive reviews, earning a 79 on Metacritic, the album is currently Gaga’s lowest-selling entry in her solo discography. Being released during the pandemic likely hurt sales, and time will tell if Chromatica enjoys a rebound or a renaissance.

In 2021, Gaga teamed up once again with Tony Bennett for their second collab album, Love For Sale. The album won the Grammy Award for Best Traditional Pop Vocal Album at the 64th Grammy Awards.